Invitation from Neuroscience and Neuroeconomics

Invitation from Neuroscience and Neuroeconomics

When publishing with Neuroscience and Neuroeconomics you can freely upload supplementary data and video files.

I request you to submit your next manuscript with us and publish it in full under the open access model. You will find our online submission steps quick and easy. Read my call for papers and submit your next paper with us:
http://www.dovepress.com/nnpnan.t56560466 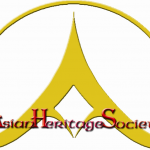