Similar to heart attack, the Stroke is known as the brain attack due to blockages in the blood vessels supplying blood to the brain. This is a major illness, needing extra precaution. It can happen to anyone at any point of time. The degree of damage depends upon the area and the extent of damage. For example, someone who had a minor stroke attack can only feel pain and temporary weakness in his arms or legs. However, people who have experienced major stroke can be permanently paralyzed from one side.

How prevalent is Stroke?

Stroke is the leading cause of serious disability taking substantial lives. The reported death rate of stroke is almost 5-6% from the total death toll i.e. 1 out of every 20 reported deaths is due to stroke. On an average only in US, one person dies due to stroke within 4 mins. Thus the stroke is the sixth leading cause of death in the world.  Out of the total stroke cases, reported almost 87% cases are due to ischemic stroke i.e. due to the blockages in the blood vessels.

The risk of having the stroke is also evidently reported to be different for different ethnic groups. The risk of having the stroke has been reported to be almost double in the black people as compared to the whites.  The report also shows evidences that the American Indians, Alaska natives and blacks are more prone to have stroke rather than other ethnic groups.

There is no evidence of particular age group falling prey to the stroke as it can occur at any point of time. Almost 34% of the people hospitalized for stroke were younger than 65 years of age. 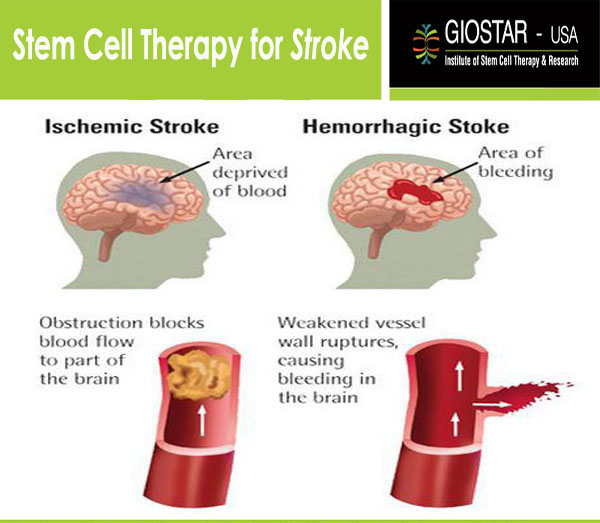 Anyone can have stroke at any point of time, no particular age or time factor is reported so far as the major risk for stroke patients. However, many common medical conditions can increase the risk associated with the disease.

Apart from these medical conditions, some environmental factors such as diet, physical activity, weight, overuse of alcohol or tobacco may increase the risk of stroke. Since genetic factors can also play major role in developing high blood pressure, diabetes etc. the stroke is said to have genetic link up.

Symptoms Associated with the Stroke

Strokes can occur within a very short period of time and as such it comes without a warning. Some of the noted symptoms of the disease are as follows:-

Apart from the above noted symptoms, stroke can as well lead to problems with lifelong difficulties such as:-

Prognosis associated with the Stroke

Since stroke takes control of the body quickly, it is very important that the diagnosis of the stroke should be made at a faster speed than before. There are some signs available, which can help toward identifying the onset of the stroke.

Both ischemic and haemorrhagic stroke require special kind of treatment. However doing the brain scan is the only way of confirming the same.

What goes wrong in the Stroke?

The Stroke is broadly classified into three major parts as follows:-

Treatment of Stroke at GIOSTAR

We have mastered the technology for isolating maximum number of viable stem cells from either the autologous sources of your own body or allogeneically with the matched donor to treat various children with ASD. We are the licensed, private organization with the excellent, well equipped state of the art facility to isolate process and enrich the viable number of stem cells, which can be re infused back into the patient’s body. Generally, these cells are administered through any one of the below mentioned methods depending upon our expert’s advice:

Once infused back in the body, these cells can be repopulated at the damaged parts of the brain, through their strong paracrine effects and differentiate into lost or damaged neurons, create new blood vessels to improve the supply of blood or help in production of supporting cells to improve motor functions of the brain.

Thus with our standardized, broad based and holistic approach, it is now possible to obtain noticeable improvements in the patients with the Stroke, in the symptoms as well as their functional abilities.