What is Diabetes Type 1 ?

Diabetes is the disease affecting the metabolism of glucose to a great extent. The glucose is required by the cells for energy production and normal functioning. This glucose comes in the blood from the food we eat and carried to the cellular level by an important hormone known as the insulin. Once the meal is consumed by the body, it breaks down into the glucose and other nutrients which are then absorbed in the bloodstream from the gastrointestinal tract. This glucose is then transferred from the blood stream to the cells. The diabetes develops when the body either can’t prepare insulin or can’t respond to the insulin. Diabetes can be mainly differentiated into two broad categories such as Diabetes Type 1 & Diabetes Type 2.

Type 1 diabetes also known as insulin dependent diabetes or juvenile diabetes, when the pancreatic ability to produce insulin is reduced.

How prevalent is Diabetes Type 1?

By the end of 2013, almost 9.3% of the kids are known to be suffering from Juvenile diabetes. In general, diabetes remains the seventh leading cause of death globally. The rates of diagnosed diabetes on the basis of race and ethnic background are 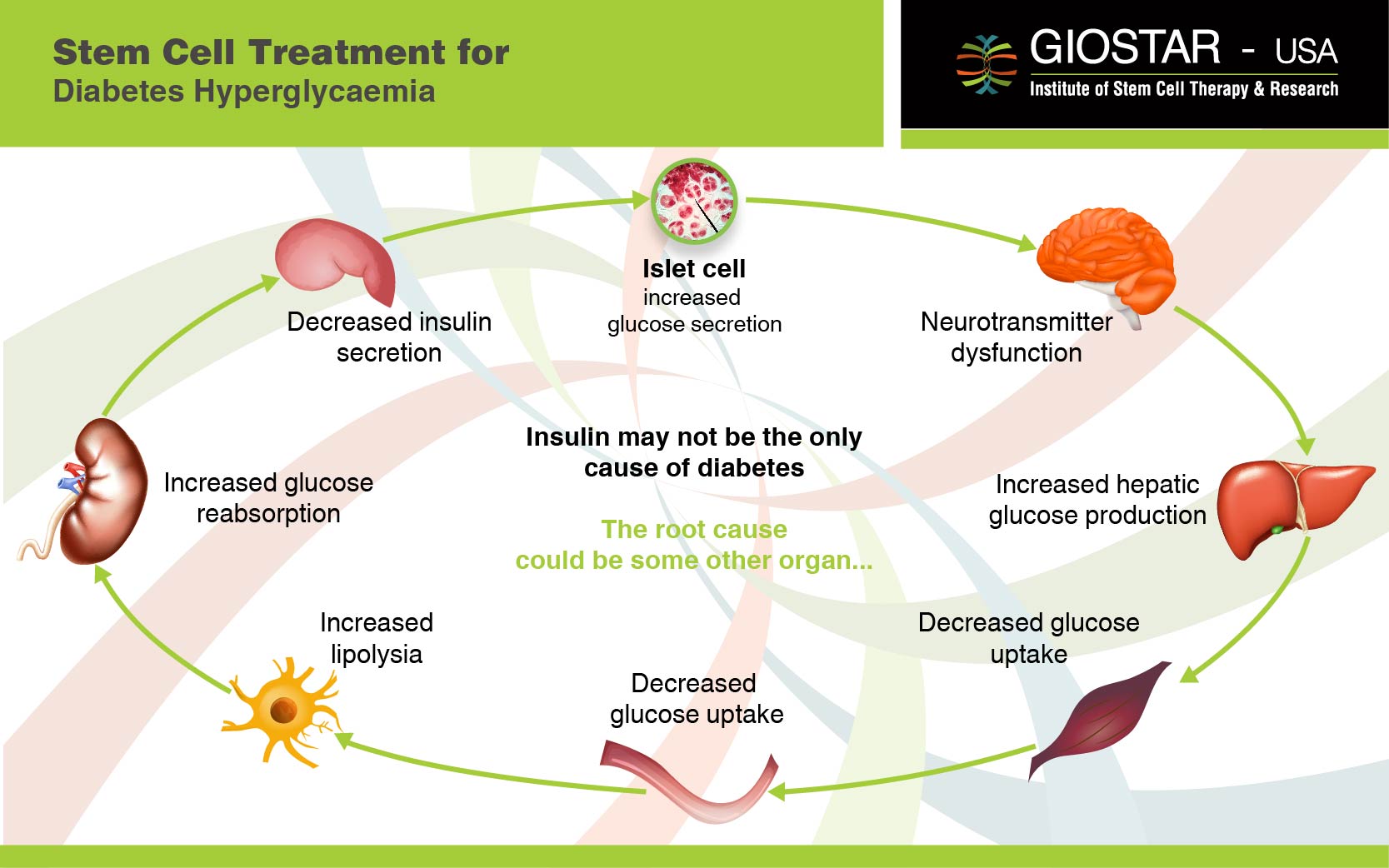 Various risk factors for the development of juvenile diabetes such as age, race, sex, geographical location and seasonality have been reviewed and confirmed.

Diabetes can be diagnosed generally with the blood tests for examining blood sugar level at fasting and after meal. Apart from that many other examinations can help diagnose the problem at the early stage such as

What goes wrong in Type 1 Diabetes?

Type 1 diabetes is the complication occurring at any stage but more prevalent in young children. The Human body needs glucose for the generation of energy which is obtained from the food we eat. The foot is broken down into the glucose and other essential molecules immediately after its consumption. In order to move glucose from the blood stream to cells, where it gets metabolize for the energy generation; Insulin is required. Insulin is produced by the beta cells of the pancreas.

In type 1 diabetes, due to autoimmune reaction, body’s own defense system can damage insulin producing beta cells; due to which insulin production is stopped. Without enough insulin glucose gets accumulated in the blood stream itself. This build up of glucose may lead to hyperglycemia.

How Stem Cell Treatment for Diabetes may help!

Thus, Stem Cells Treatment for Diabetes involves administration of concentrated cells in the targeted area, wherein they can colonize in the damaged area, adapt the properties of resident stem cells and initiate some of the lost functions that have been compromised by the disease or injury.

Various data is available suggesting in vitro differentiation of stem cells into insulin producing beta cells. These cells can as well help in creating a microenvironment due to initiate secretion of different immune cells to counteract autoimmunity of the individual.

Treatment of Type 1 Diabetes at GIOSTAR

We have mastered the technology for isolating maximum number of viable stem cells from either the autologous sources of your own body or allogeneically with the matched donor to treat various patients. We are the licensed, private organization with the excellent, well equipped state of the art facility to isolate process and enrich the viable number of stem cells, which can be re infused back into the patient’s body. Generally, these cells are administered through any one of the below mentioned methods depending upon our expert’s advice:

Once infused back in the body, these cells can be repopulated at the damaged parts of the pancreas, through their strong paracrine effects and differentiate into lost or damaged beta cells, initiate vasculogenesis and can as well initiate secretion of new immune cells.