Osteoarthritis is the progressive joint degenerative disease, primarily affecting a soft connective tissue known as the cartilages. It is mostly known to be the disease of middle aged or elderly people. Although, it can damage or affect any parts of the body; joints of the hands, knees, hips and spine are commonly affected. Being progressive in nature, it often gets worsen without any conventional way of curing it. Although, staying physically active, managing the weight and other technologically advanced treatment may help to manage the disease.

How Prevalent Is Osteoarthritis ?

Osteoarthritis is the most common form of arthritis. As per the CDC survey in the US itself, 26 million people were affected by the end of 2005, out of which 13.9 % were young adults above the age of 25 years and almost 33.9% are elderly people with average age more than 65 years. As per the incidence measured, involving the age and the sex of the individual; Hand OA, Hips OA and knee OA are the most common type. OA is also found to be more prevalent in women than in men.

The studies have thus confirmed that men have 48% higher risk as compared to women. Even in case of hip arthritis, men have observed to be of 36% reduced risk than in females.  CDC has as well confirmed, annual death rate of 0.2 to 0.3 deaths per 1, 00,000 population. Thus approximately 500 deaths are attributed to OA per year and the number is increasing every year. 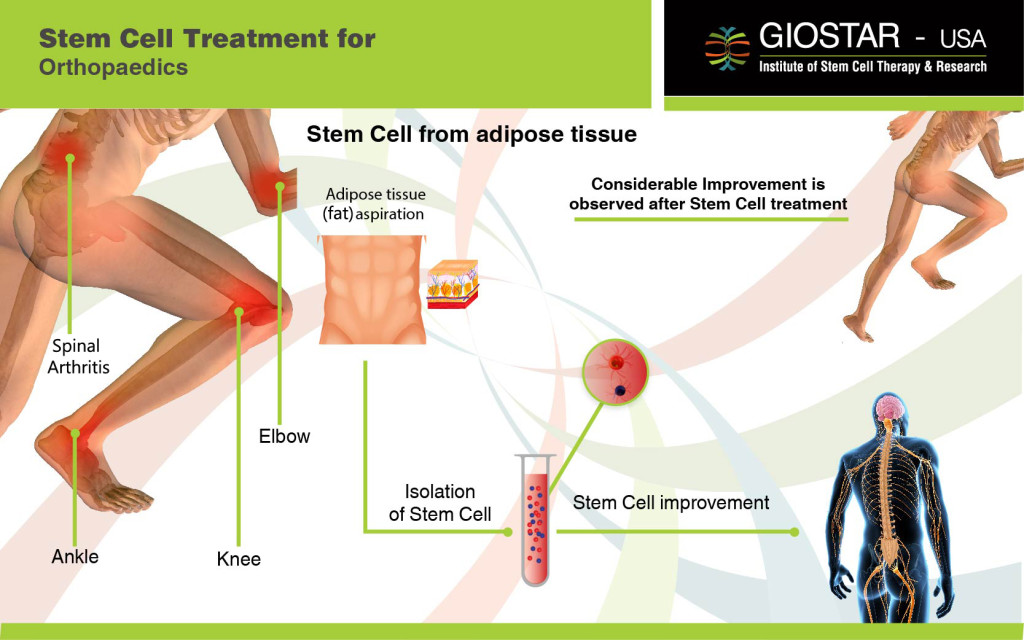 Although, scientists have linked up osteoarthritis as an autoimmune disorder, there are some other common risk factors that can aggravate the condition. Such as

Symptoms Associated with the Osteoarthritis

Being a joint disorder, osteoarthritis can occur in any joint, although the most prevalent amongst them are heavy weight bearing joints such as ankles, knees, spine, etc. Symptoms of the disease often develop very slowly but worsen with time. They may include

Prognosis Associated with the Osteoarthritis

Apart from these rehabilitative approaches, doctors may also suggest you certain medications such as

What Goes Wrong in the Osteoarthritis?

Osteoarthritis is a joint disease mainly affecting cartilages. Cartilage is the soft tissue with the gliding surface, covering the ends of the bones of joints. Their main role in the joints is to allow smooth gliding of the bones over each other without creating much fiction. The tissue acts as a shock absorber, when the joints are in motion.

However, due to overuse of joints the top surface of the cartilage breaks down and hence wears away progressively. This allows greater exposure of two bones towards each other, causing an increase in the fiction between them. This increased fiction cause pain, swelling and loss of the motion of the joints. In more severe, chronic form of the disease; the pieces of bones even break off and float inside the joints spaces, that can eventually increase the pain.

How Stem Cells treatment for Osteoarthritis may help!

Thus, Stem Cell Treatment for Osteoarthritis involves administration of concentrated cells in the targeted area, wherein they can colonize in the damaged area, adapt the properties of resident stem cells and initiate some of the lost functions that have been compromised by the disease or injury.

Treatment of Osteoarthritis at GIOSTAR

We have mastered the technology for isolating maximum number of viable stem cells from either the autologous sources of your own body or allogeneically with the matched donor to treat various patients with osteoarthritis. We are the licensed, private organization with the excellent, well equipped state of the art facility to isolate process and enrich the viable number of stem cells, which can be re infused back into the patient’s body. Generally, these cells are administered through any one of the below mentioned methods depending upon our expert’s advice:

Once infused back in the body, these cells can be repopulated at the damaged parts of the joints, through their strong paracrine effects and differentiate into lost or damaged cells of the cartilage, bones and muscles and create new blood vessels to improve the supply of blood or help in production of supporting cells to improve the functioning of the vascular system.

Thus with our standardized, broad based and holistic approach, it is now possible to obtain noticeable improvements in the patients with the osteoarthritis, in the symptoms as well as their functional abilities.