3D Printing and Stem Cells to be Used to Regrow Skulls

Cranial reconstructions will soon be radicalized with the addition of 3D printing and stem cells into the method. A team of scientists from Western Australia will soon attempt this new technique with the intention of seeing the reduction in risk of complications, surgical procedure duration and costs.

The first patients will be those from the Royal Perth Hospital, whose skulls have either been severely damaged or partially removed for brain surgery. 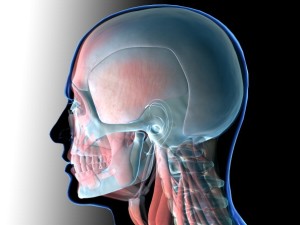 The research team, which includes a surgeon, two engineers, a neurosurgeon and chief scientist will collaborate with a Vienna-based 3D printing firm to replicate the bones from the patients’ cranium.

A printed bioceramic scaffold less than 100 microns (0.1mm) of the original bone will be infused with millions of stem cells. This will be fitted onto the patient’s skull.

This is the first time stem cells will be put to use with 3D printed scaffold to assist in bone regrowth, according to neurosurgeon Marc Coughlan.

“What we’re trying to do is take it one step further and have the ceramic resorb and then be only left with the patient’s bone, which would be exactly the same as having the skull back,” he said.

Health minister Kim Hames says,”This project highlights some of the innovative and groundbreaking research that is under way in WA’s public health system, and the commitment of the government to supporting this crucial work.”

The reconstruction project is part of the nine health and medical projects in Western Australia that has been allocated A$2 Million (US$1.5 Million) research funding grant by the state government. The government’s aim is to eventually reduce costs and improve efficiency in Australia’s public health service through the help of these projects.

Previous methods by past studies had the bone part frozen and stored for later replanting. However, attempts to replant often resulted either in infection or bone resorption. The more popular titanium plates, on the other hand, pose the problem of eventual material degradation.